The True Wins of Play4Kay… 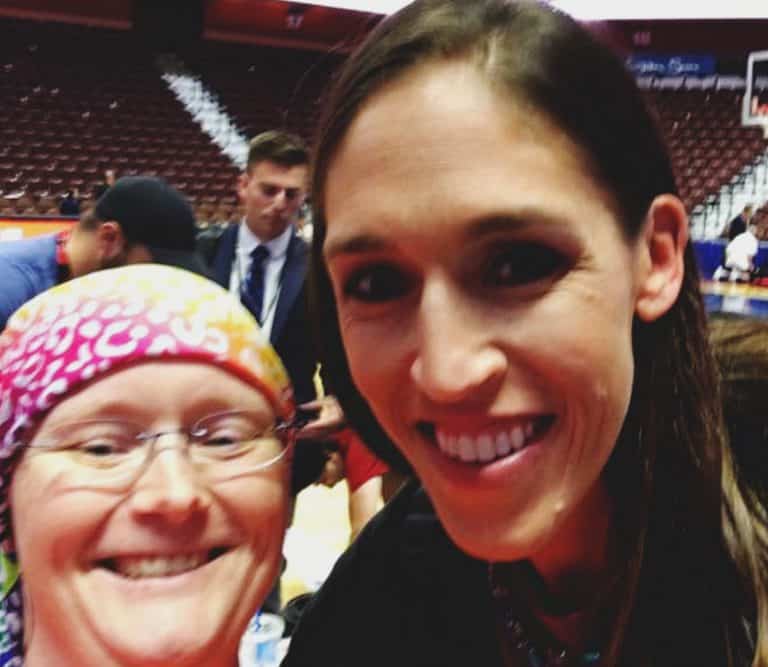 Life and death situations are a daily occurrence for Jaime Cowie. She is a first responder. By definition, she is the calmest person in every room she enters.

Daily occurrence or not, life and death is never routine. Especially when it is your own life that is in question.

In April 2017, Jamie turned 40 years old. It was a great time. Life was good. Health was a given. Being a member of the healthcare profession, she had already scheduled her first annual mammogram. It was 2 weeks away. She had no reason to believe it would be anything other than routine.

In the time between her birthday and the scheduled mammogram, she had a dull pain in her left arm that made the ordinarily simple task of lifting her arm very difficult. Being a first responder, she checked her arm, then her armpit. Finding it swollen, she continued to check her lymph nodes and left breast. She found a half-dollar sized hard lump on her breast.

The team around her acted quickly and with an appropriate sense of urgency. She was diagnosed with HER2 positive breast cancer. Her particular type was extremely aggressive. The course of treatment was decided, a double mastectomy followed by rounds of chemotherapy. It would be a long road.

As they say, it is not the destination, but the journey.

While Jaime’s physical journey with cancer has had its share of complications, there have been extraordinary moments of joy along the way.

Jaime, a lifelong resident of Connecticut in the center of UConn Nation, has been a fan of UConn women’s basketball since before it was the dynasty it is today. She was a fan when the 1991 team, led by Kerry Bascom, took UConn and their, now Hall of Fame coach, Geno Auriemma to the program’s first Final Four.

Having attended her first game in middle school, she admired Kerry Bascom.  So much so, she wrote her favorite Husky a letter – not expecting a response, just wanting to reach out. The All-American responded. The middle schooler never forgot and still has the letter from 1990.

Leaving a UConn game last December, Coach Auriemma’s 1,000th win led to a chance meeting between Jaime and Kerry.  The two have remained in contact.  Jaime was apprehensive about going, but with Kerry’s encouragement Jaime attended her first Play4Kay game – as a survivor.

There have been many challenges in Jaime’s life, but basketball has been a constant. A refuge from places she did not want to be.  Now facing cancer, basketball was again a source of peace and comfort.

“When the Play4Kay games were going on, even before my diagnosis, I was emotional. But when I was asked to participate as a survivor by UConn, I originally said no.  I was uncomfortable being in front of so many people  but then I realized I had a chance to show someone undergoing treatment is standing up, fighting, and functioning,” Jaime recalls.  “It was very emotional. Seeing all the pink in the crowd and the support, it meant so much to all of us. There were 12 of us on the court. 11,000 people clapping and cheering us on–to see all of that support, it was an eye-opening experience, but very uplifting. The team keeping in touch afterwards – that was my first type of being around other people that were where I had been. It helped me not feel so alone.”

Play4Kay had always been a time of inspiration, but now the game takes on new meaning. It is a personal and collective show of courage for Jaime and her team. Her UConn team, her family of first responders, her team of survivors.

She looks at the example of Kay Yow and says, “if she can do it, so can I.”  Jaime played basketball growing up and she learned you don’t stop until you hear a whistle, regarding her fight against cancer, she says, “I never heard a whistle.”

Maybe that is what Coach Yow had in mind all along. Each person being inspired to do just a little bit more than they thought they could. Giving more, living more.

This past Monday, Jaime was declared cancer free and Tuesday she finished her last IV infusion.  These are the wins of Play4Kay.

To learn more about the fight against ALL women’s cancers, visit KayYow.com.