The Sound of Hope… 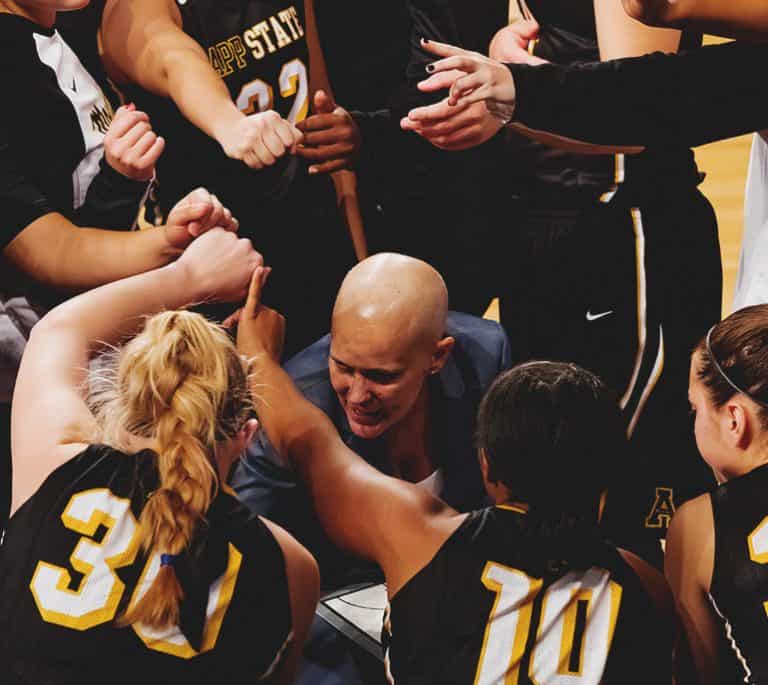 If you listen to Angel Elderkin’s heart, it likely sounds like the steady bounce of a basketball. She is a coach. Her players, her staff, are family. Basketball is life.

The word cancer is spoken, like it has been said a million times before, only this time someone was speaking to you, about you. The ball bounces quicker, much quicker. Now you are in a full court press, you are racing the clock. The only thing is, you do not know exactly how much time is on the clock.

Angel Elderkin was diagnosed with stage 3 endometrial cancer after a series of health concerns and a month of tests resulted in an eventual diagnosis. Now her priorities crystalized into a string of questions:

How would she tell her team?

What about the upcoming season?

Would there ever be a day as normal as yesterday? Ever.

What would the course of treatment be?

What were the implications for fertility?

What were the odds of survival?

At some point, the ball started to bounce at a slightly less feverish pace. She attacked cancer as a true coach. She scouted her opponent, created a game plan, and then put the long tough days it would take to win.

Telling her team was one of the hardest points. She remembers that day and can not describe the moment in detail, the intensity of emotion was so great. “I had to get in front of them, tell them the truth, see their emotion back, be vulnerable with my own emotion, but then reassure them I would be okay. Everyone in the room had different reactions. They all have been touched in some way,” she recalls.

There was the surgery, a full hysterectomy, chemotherapy, and rounds of radiation. It was intense, but so were her people.

The outpouring of support from her team, the Appalachian State community, the national community of women’s basketball coaches…the cadence of balls bouncing from across the country, the rhythm of encouragement, the sound of hope.

PrevPreviousThe Untold Stories…
NextThis is OUR team…this is why we Play.Next