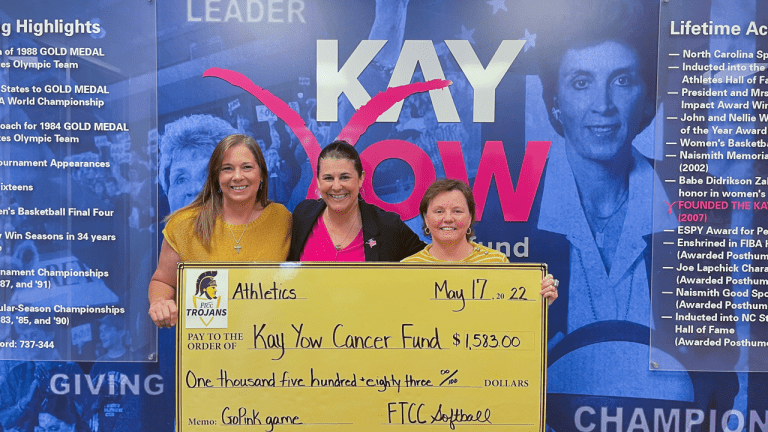 Kay Yow said, “When life kicks you, let it kick you forward.” It was a motto she lived by.

Dr. Shannon Yates has been kicking it forward all of her life.

Shannon lost her parents at an early age. She was 8 years old when her father passed away and 4 years later, she lost her mom. It is a terrible burden, but one she carries with grace. She says, “luck favors the persistent” and she has been very persistent.

Cutting a path to success, she received three degrees from NC State University, where she earned a full scholarship as a student athletic trainer. As a student-trainer, she met Kay Yow. Later, as an administrator, she worked with and admired Coach Yow – watching as she battled an insidious disease – never imagining the battle with cancer would become her personal fight. 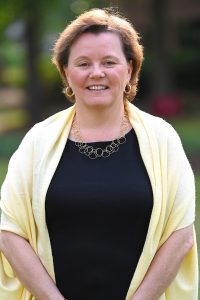 In 2015, Shannon was diagnosed with brain cancer after a series of symptoms perplexed doctors, the diagnosis was made on Valentine’s day. Not the gift she had hoped for, but a day that would result in many, many gifts of love.

Shannon is currently the Athletic Director at Fayetteville Technical Community College, a stone’s throw from Fort Bragg Military Installation where her dad was stationed as a member of the 82nd Airborne.

In her role as Athletic Director, her phone is on 24-hours a day, making herself available to the coaches, administrators, and student-athletes she serves. She believes in paying it forward, and she is.

What is she paying forward?

The kindness of friends who scheduled out every single day of the four months Shannon couldn’t work – bringing meals, taking her to doctor’s appointments, making sure she had company when she wanted it, and rest when she needed it.

She kept a gratitude journal to remember the acts of kindness, the generosity, the people who gave of their time – a journal that now documents so many answered prayers.

Shannon is a person of great faith. Faith in the Lord she serves. Faith in a God who hears prayers and responds in love. As she pays “it” forward, “it” is the blessings of a life that has not been easy, but is beautiful. “It” is a calm, quiet strength – and the gift of hope.

PrevPreviousFighting Towards the Finish Line