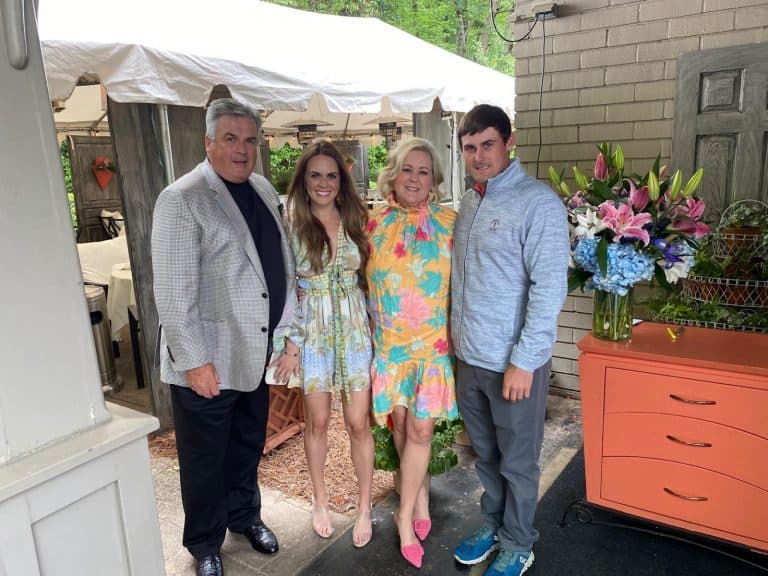 Sitting at a table eating lunch with her daughter, an overwhelming “gut feeling” flooded Lori White – a feeling that she could not resist or ignore. The feeling approached out of nowhere, and no sign or indication pointed Lori in the direction of this unshakeable thought.

“I think I have breast cancer,” Lori told her daughter.

To everyone, this was just as shocking as it was to Lori herself. No one in her family had been diagnosed with any cancer before their late eighties, and as a healthy 55-year-old woman, she never considered herself to be gene positive. Like any other proactive woman, Lori got her routine scans and each time there was no sign of cancer present. Each time her results came back clean, and each time it reinforced the fact that her family’s history would not apply to her.

Then in 2020 and 2021, the fear of contracting COVID-19 prevented Lori from attending her yearly mammograms. This, Lori describes, could have been the game changer in what was to follow. A mistake that later could have contributed to the “gut feeling” she had sitting at that lunch table with her daughter.

Soon after discussing her concern, Lori called a friend that helped her get a scan as soon as possible. Five days after the mammogram, Lori’s intuition was confirmed. The biopsy verified that she had two cancerous tumors two inches apart from each other in her right breast. Though surgeons classified the tumors as low-stage and slow-growing, Lori decided to undergo a bilateral mastectomy on May 12th, 2022. She currently remains cancer-free, however, is electively planning to have her ovaries and fallopian tubes removed for cautionary reasons. Lori considers herself lucky to not have had to endure radiation or chemo, but her fear becoming a reality taught her much along the way.

Throughout the process, Lori’s eyes have been opened to more than she could have ever imagined – about women’s health, herself, and most interestingly, her family. With two children to look out for, she attended gene counseling to determine if her family was at risk. Gene tests revealed that Lori was positive for BRAC2, an inherited variant that increases a person’s likelihood of developing certain cancers. This gene, she discovered, was unexpectedly carried by her father’s side of the family. Lori’s daughter has also undergone gene testing, receiving negative results for the BRAC2 gene in July of this year. Her son plans on testing in the near future.

Lori credits that “gut feeling” to her incredibly strong faith and states that her spirituality is what drove her to take action, despite what the results identified. Though this season of her life was filled with uncertainty, she now has a greater understanding of the importance of scans, appointments, and early diagnosis. Without following her intuition, Lori’s life could be much different from what she now cherishes today.