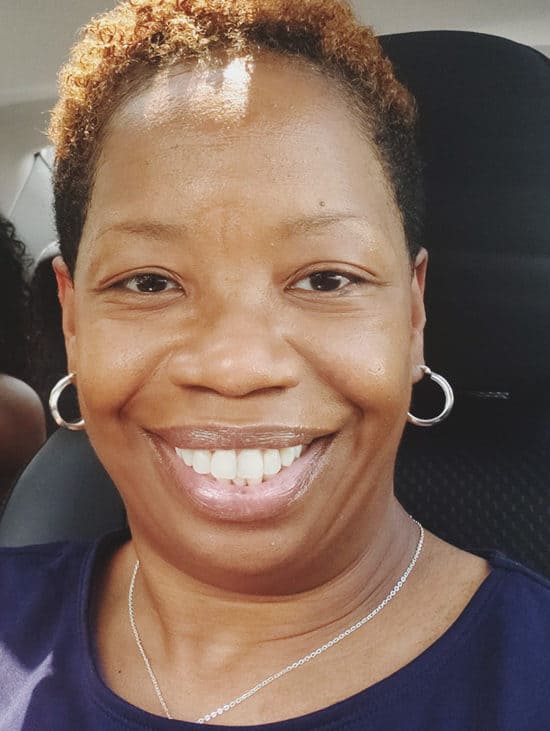 It is not the first drop in the bucket that makes it overflow.

Life can work in a very similar way. The pieces may be manageable, but the totality is much more difficult.

Michelle Henderson was diagnosed with breast cancer in March 2016. She had always been the strong one in her family.  She cried while telling her husband, in fact, she apologized to him. His side of the family had been ravaged by cancer. She knew what the words “I have cancer” would mean to him.

All of our lives are interconnected. The anxieties of generations, dripping along into a collecting pool. The death of her mother; four months later, the death of her brother; the long list of cancer occurrences on her husband’s side of the family, all adding up. Now Michelle.

Michelle went through the rounds of chemotherapy, a lumpectomy, and 12 weeks of radiation. There was anxiety—enough that she would have spells of lightheadedness, even passing out on a few occasions. Her doctors initially thought these were the result of low potassium, perhaps even low magnesium, when it was simply her body’s response to anxiety.

Through it all, Michelle continued to live. She went back to school to pursue, and receive, her degree as a pharmaceutical technician. She went to church. She read her Bible and prayed for a deepened faith, a peace that surpasses understanding.

Sometimes in our weakest moments, we find our greatest strength. Michelle worked hard to maintain a strong front. Her daughter only saw her cry once. Yet, if exploding emotions have no outlet, there will eventually be a physical manifestation – the fingerprints of anxiety.

Perhaps the lesson learned is to embrace vulnerability. There is strength in allowing yourself to be weak, to show fear, to need help.

Cancer attacks the physical, but the sneak attack is the effect cancer has mentally, emotionally, and spiritually.

Michelle found ways to combat the silent attack from cancer, the impact of anxiety. She began exercising daily, even if it only meant walking several laps in her home or a trip to the mailbox. She ate better—limiting her diet to chicken, fish, and vegetables. She even incorporated yoga and massage to help alleviate stress.

In all of the discussion around cancer – prevention, diagnostic techniques, treatments, surgeries, and clinical trials – there is very little discussion about the effect cancer can have on a person’s state of mind.

Michelle is now a part of a community that, for better or worse, grows everyday – the community of cancer survivors. As we work to advance medicine, awaiting the day when cancer and its arsenal of attacks are completely eliminated, it is important that we give women, like Michelle, a voice in helping others.

Michelle’s voice is calm now. The voice of someone who has been through a valley, a battle and is on the other side, victorious. It is her voice and the others like her’s that will help calm the anxieties of cancer.