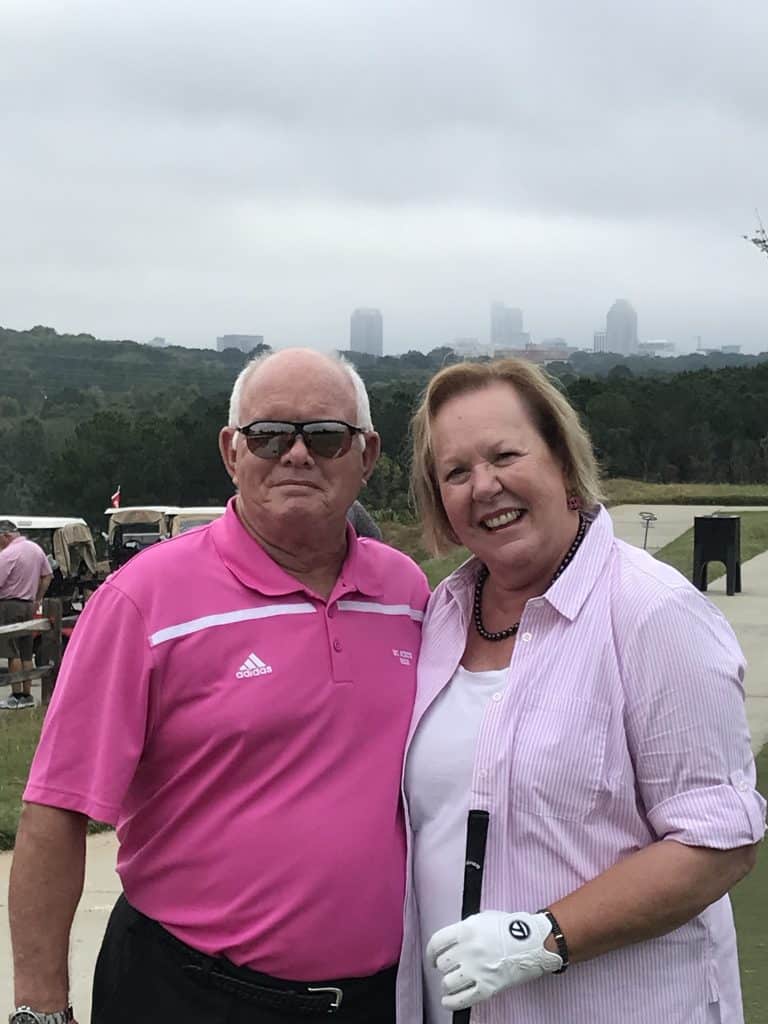 We talk a lot about the importance of raising money for cancer research. Yes, it is very important. In fact, it is critical to being able to eventually eliminate cancer. Without money for research, cancer will continue to hold our hearts in its grip.

While our focus continues to be finding a cure, the advancements that are being made are helping limit the negative side effects of treatments, enhancing quality of life.

Pam Sykes was diagnosed with stage 1 breast cancer in the fall of 2010. The original diagnosis was nothing but positive, the second opinion agreed. It was an imaginably difficult time, but the Sykes’ were thankful it was not any worse.

On January 4, 2011, Pam went in for surgery.  The post-surgical report revealed that in the weeks since her diagnosis, her cancer had advanced. What had been stage 1 breast cancer in November, was now stage 3 in January. Lymph nodes were involved, chemotherapy would be necessary. The Sykes’ were devastated.

Quality of life. It seems simple, but ultimately it embodies every ideal we all have.

Pam reflects on the time after her first round of chemo. She truly felt like she might die. She may have even questioned whether or not taking the treatment would be worth it – but if she had doubts, her family did not. They supported her and encouraged her to persevere.

And persevere she did.

Quality of life can mean lot of things. It can mean life free of cancer. It can mean facing cancer and enduring fewer negative side effects along the way.

But there is more to life than the physical. Often times it is the mental, emotional, and spiritual boosts that we receive that really give us true quality of life.

Coach Yow liked to say, “First you receive, then you give.” When it comes to “boosts,” Pam has given and received.

For 46 years, Richard Sykes led NC State’s men’s golf team. Over that time, the Sykes opened their home and their hearts to these players, creating a family for young men to be a part of, many of whom were hundreds, if not thousands of miles from home. She created a home for them. She gave them the boost.

Since the time of her diagnosis, Pam has participated in numerous Play4Kay events at NC State – as a survivor being honored at women’s basketball’s annual Play4Kay game, doing the coin toss for the Kay Yow Spring Game for Wolfpack football, even throwing out the first pitch to open softball season one year. Pam remembers the emotion of each of those events – the boost she received.

The amazing part is that as we honor the survivors among us, we give and we receive. We give our support, the idea that no battle is fought alone. They give us hope that one day there will be less side effects, less cancer, more quality of life. We all get a boost.