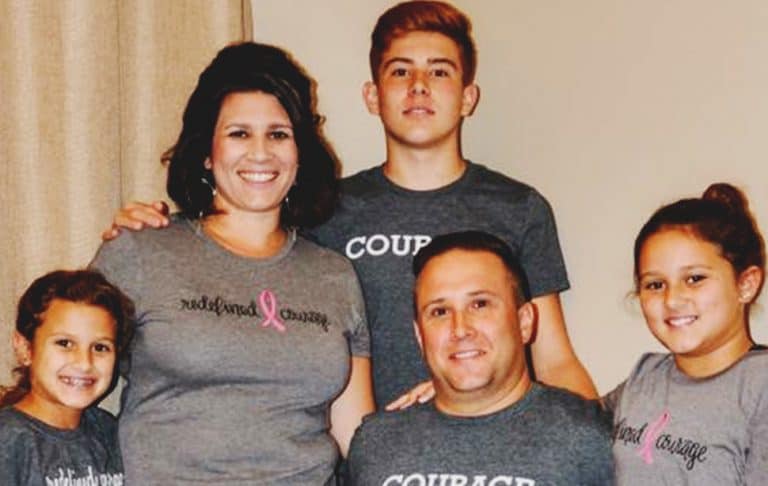 Nikki Speer is a mother; a daughter; a granddaughter; a niece; a sister; a wife. She is like many women, she can be described by numerous meaningful relationships. Relationships she treasures.

But there is one more descriptor that came as a result of Nikki’s relationships, she is a “pre-vivor.”

She is one of an increasing number of women who looked at a combination of factors, genetics and family history being just two, and decided to have a double mastectomy prior to receiving a cancer diagnosis.

In 2006, Nikki’s mother was diagnosed with breast cancer. Through her own determination and the gift of cancer research, her mom lived 9 years beyond her diagnosis. Those 9 years were years that allowed her to meet her grandchildren.

Nikki’s aunt and grandmother also had breast cancer.  Having lost her mother, grandmother, and aunt to cancer, Nikki and her husband made a difficult decision to protect her future and their family. She elected to have a preventative double mastectomy.

The psychological impact on a survivor and their family is a less talked about effect of cancer. In Nikki’s case, she was motivated to reduce the threat of the disease which had already ravaged her family and her mentality. The uncertainty of the future when the past was full of cancer – this is a harsh reality faced courageously by many women and their families.

Nikki, whose strength originates from her faith, found in her journey, a chance to give strength to others.

Having experienced first hand the aftermath of a double mastectomy, Nikki developed a post-op shirt for women to help ease the physical burden of surgery. The shirt fits loosely and has interior pockets to accommodate drains. It is a gift in every way imaginable.

As we talk about beating cancer, there may be no greater example than Nikki Speer. Her family lost so much to cancer, and yet, Nikki is winning the fight. She elected to make a pre-emptive strike on cancer and now she is helping others in their journey.

Talking to Nikki, it is obvious she wants nothing more than to see cancer eliminated. She is thankful for the constantly advancing research that is giving hope to her family and many others. Research that gives both quantity and quality of life.

But, as is the case with most things, there is a gap. A gap between where we are and where we want to be. In this case, the gap is the distance until a cure is found. Nikki is helping fill the gap by making it easier for women, one at a time, to face cancer.

By her example, by her gift, she is making the difference. A difference that will beat cancer.

To donate to the Kay Yow Cancer Fund, visit KayYow.com.

PrevPreviousOne Win at a Time…
NextThe True Wins of Play4Kay…Next