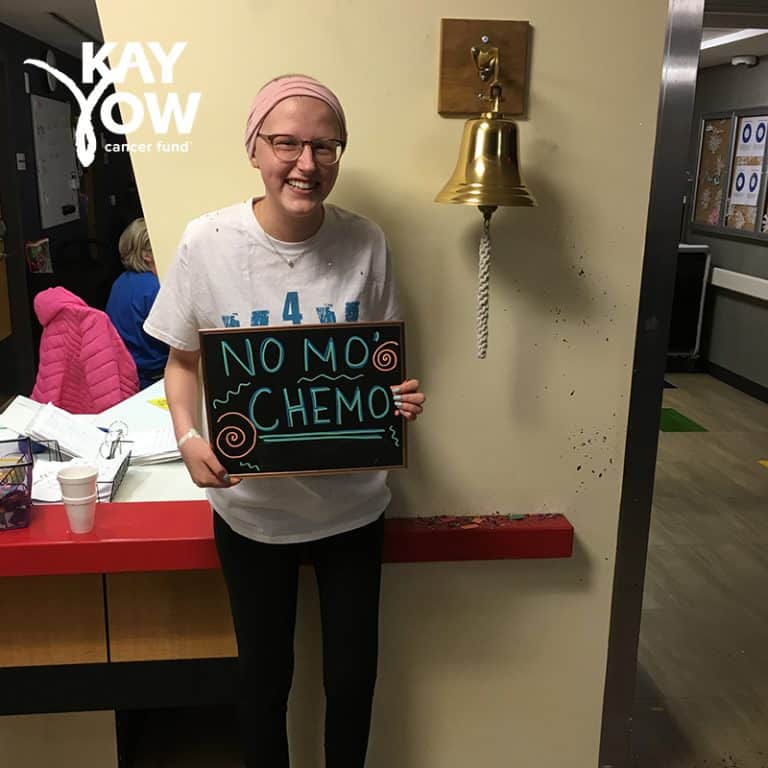 Today, Virginia Tanner is a charismatic college sophomore, pursuing her education with an eye on becoming a pediatric oncologist. If you saw her walking across campus at the University of North Carolina, you might never know what she has been through – and that was her goal from the beginning of her journey with cancer.

She is very open about her story, hopeful that her experience will bring encouragement to others. Naturally, there are days she wakes up and doesn’t want to risk the need to answer any questions about the scar on her leg. On the occasion that she has one of those days, she wears long pants and nobody knows. Nobody asks. She is cancer-free.

Virginia does not want sympathy – in fact, she dreads any form of sympathy. She is ALL about joy, she radiates hope.

In May of 2017, Virginia finished her junior year of high school. She was looking forward to senior year and the excitement of college decisions, her final season running cross-country, and she had been accepted to Governor’s School for the summer – a huge honor and one she had worked hard to achieve.

In June 2017, things started to change. As a runner, she had experienced her share of knee pain, sore muscles after long workouts, perhaps the occasional strain. This was different. One day she would be fine; the next she could barely put weight on her left leg.

Still thinking this unusual pain was running-related, she went to her orthopedic doctor for an MRI. Seeing the results, the orthopedic was rightfully concerned and referred Virginia to a specialist. Several days later, she was put under general anesthesia for a biopsy. She was told, “If you wake up with a port, you have cancer.”

Several hours later, Virginia had a port and plans were underway to start her chemotherapy treatments.

At that point, the year ahead changed:

Virginia started to lose her hair in the shower at Governor’s School. It would be a difficult moment for anyone, but away from home, at age 17, it was an isolating experience. She stayed at Governor’s School as long as she could and then went home where her friends threw a head shaving party, complete with pizza, to shift the focus of the moment from the anxiety of the unknown, to the joy of being with great friends.

Her first surgery was in September 2017 to remove the 9-inch mass at the bottom of her left knee. She took her first steps with her prosthetic knee in October 2017.

She went to as many home football and basketball games as she could, even winning homecoming queen.

There were other milestones as well. Virginia and her family celebrated Christmas Eve and she applied and was accepted to the University of North Carolina while in the hospital.  She applied and interviewed for the Morehead Scholarship while undergoing treatment. Major life moments – all while fighting cancer.

Virginia Tanner is an incredible young woman. She is smart. She is strong. She is an overcomer.

And there was plenty to overcome in order to graduate with her high school class and arrive in Chapel Hill as an independent young woman. She overcame it all; the feeding tube; the second surgery to cement her new prosthetic into her bone; she overcame her anxiety about losing her hair; anxiety about what people would think of her, of cancer, of anything. She overcame everything.

Together, we will all overcome cancer. One dollar, one drug, one life at a time.