One Woman at a Time… 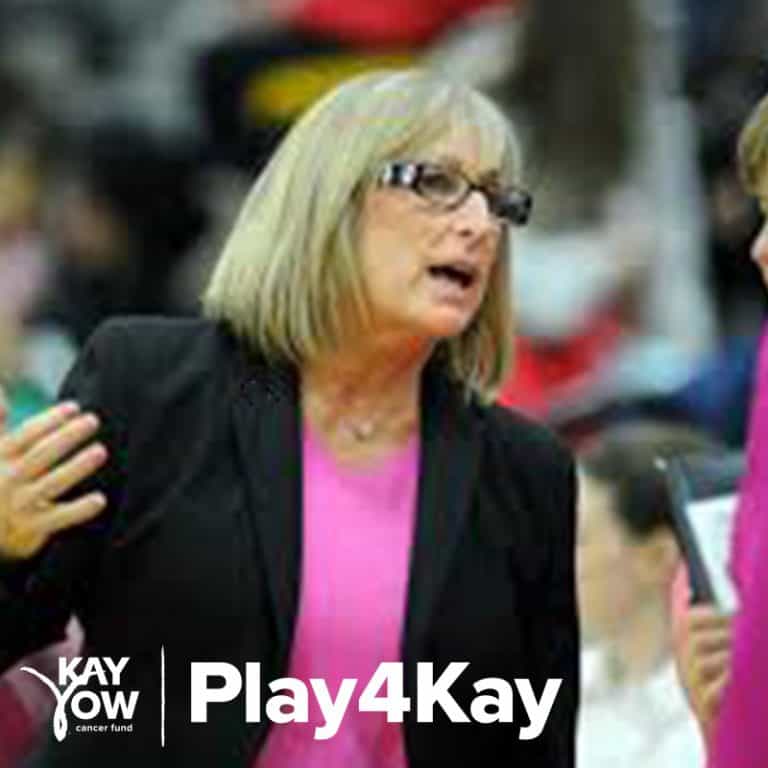 When Coach Yow envisioned the Kay Yow Cancer Fund, she saw it wrapped around the amazing movement that is Play4Kay.  11 years later, we unpack the affects of Play4Kay and the true impact, the ripple effect, is staggering.

The obvious impact? Raising money for research. $7.53 million has been awarded so far, and we are just getting started. This is an investment that will advance science to the point that a cancer diagnosis is no longer the scariest moment in so many lives. Because, after all, as great as “cancer awareness” is, we are all aware of cancer. Only our collective fundraising efforts will eradicate it.

Harvard women’s basketball coach, Kathy Delaney-Smith is one of those ripples. She reflects on her diagnosis with breast cancer in 2000 as if it occurred in a different world. In many ways, it did.

“What Kay Yow did and the Kay Yow Cancer Fund has done nationally has made the road very different now than it was 20 years ago. So much hope…and, in the near future, there will be a cure,” Kathy says.

The difference in the time-lapsed landscape of our country?

The Treatment – when Kathy was diagnosed in 2000, the standard approach to breast cancer was surgery, chemotherapy, radiation – in that order. Now women have a menu of options and depending on type, the course of treatment is customized based on dozens of factors.

The Discussion – at the time Kathy was diagnosed, the conversation around cancer was a whisper. Now we shout. We put cancer on notice.

Kathy remembers the first team practice after she announced her diagnosis. The kids seemed scared, uncertain of what to do or say. To Kathy, it became apparent that she could use her situation to help these 18-22-year-old women prepare for a future that certainly involved cancer.  She used her good humor to teach them to face cancer like any other opponent, head on.

19 years later, the women who were a part of that Harvard team thank Kathy. They are now in their late thirties and, because of what their coach did for them, they have been able to fight cancer as mothers, sisters, friends and daughters.

19 years later, we celebrate that Kathy is healthy and continues to coach, shaping some of our country’s future leaders. We celebrate the changes brought on by Play4Kay and organizations such as the Kay Yow Cancer Fund that have helped advance the conversation around cancer.