One Win at a Time… 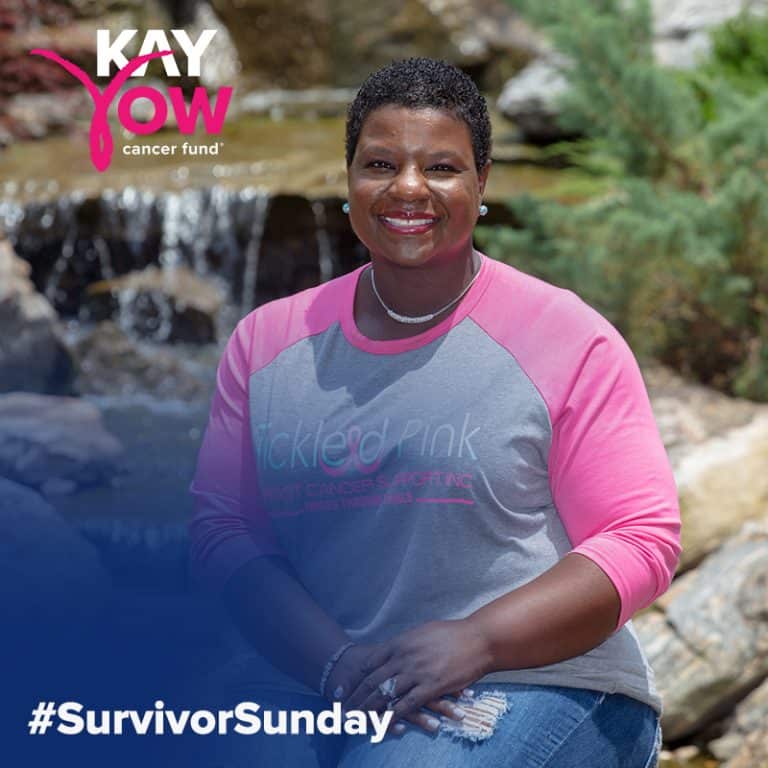 Erica was 44 years old when she was diagnosed with triple negative breast cancer. As she said, her family tree did not have breast cancer in it and she had not imagined herself being “the party starter.” Yet, she found herself – a single mother and an only child– facing the words nobody ever imagines themselves hearing, “You have breast cancer.”

Erica certainly was not expecting to hear, “You have breast cancer…and it’s an aggressive type.”

Where do you go from there?

Erica went to her faith, and faith is where she found hope.

It wasn’t easy. Her son was just starting his sophomore year of college. A collegiate football player, Erica did not want to present news that would certainly devastate.

After a second opinion revealed that the cancer had indeed spread to her lymph nodes, Erica began chemotherapy. The second treatment sent her to the ER with a week-long stay and sent her heart racing to an alarming 180 beats per minute for 2 hours straight. The fix was to stop her heart and bring it back to normal again.

But isn’t that what cancer does?

The three words nobody wants to hear: “You have cancer.” These are heart-stopping words.

We hold our collective breath, waiting for relief, for good news.

Thankfully, in the case of Erica Jones and an increasing number of women, there is good news in a story that has an unwritten ending.

While treatments come to an eventual end, serving others is an ongoing process. Serving, giving. Now defining forces of Erica’s life – a life that will not be defined by cancer, but by giving strength to others.

In the time since her diagnosis, Erica started a ministry to provide healthy Cuisine Care Packages to single adults undergoing chemotherapy treatment for breast cancer. Her slogan is “Smiles through Trials.”  The ministry is one big ripple effect from one of the 15.5 million Americans surviving cancer, a ripple that is helping others find their way in the journey too.

Erica is just one example of how we are collectively beating cancer. One woman finishing treatment, one ministry started, one meal provided, one life changed – one win at a time.

To donate, or to learn more about the Kay Yow Cancer Fund, visit Kayyow.com.