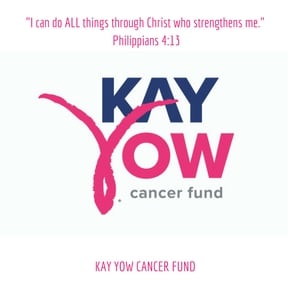 Three months after she won her battle with triple negative breast cancer, Catherine Edmonds was diagnosed with cervical cancer.

Thankfully, Catherine is an overachiever who is accustomed to raising above, one upping the challenge, and moving forward.

As an eighth grader, she flunked math. Thanks to a teacher who saw her potential in high school and invested in her, she went on to get her degree in math, then launch a career as an educator, first teaching math, the subject she once failed, and now leading a school system as superintendent of schools.

The focus of her life? To give back, to reinvest in children.

Having been the Cinderella in her own story many times before, cancer would provide several unique challenges and new perspectives:

As a single mother, she worried about her son’s journey as he went into his senior year of high school.

As an educator, passionately advocating for children, how would she continue to give tirelessly to the children she had devoted her life to serving?

Catherine is a strong woman, strong for herself, always strong for others. Learning to be the recipient of the strength of her family became therapeutic for all.

There were times during her chemotherapy when she wanted to give up. There were times hope was hard to see.  Ultimately, it was the very thought of giving up that pushed her to a place of empowerment, a place of courage and grace. She found her determination in her hardest thoughts and darkest moments.

She would go in for chemotherapy and from one treatment to the next, some women would no longer be there. It was a startling reminder that her own journey could end in similar fashion. “When you realize you may not have as much life ahead of you as you have behind you, you realize you need to prioritize,” Catherine says. It is a thought that is never far from her mind.

Her story is one that shows us that in so many ways we are beating cancer.

She could have given up. It would have been understandable. But she did not give up. She pressed forward. And her example?

Now her son, a young man, serving in the United States Coast Guard, draws strength from knowing that “the woman [he] came from is strong; therefore, he must be too.”

The children she impacts, the young educators she mentors? They see a relentless example that defines both giving and strength.

This is the way we beat cancer, one woman at a time who is tempted to give up, but in the end–no matter when the end comes–refuses to give up. Together, we will never give up.

PrevPreviousLiving Through Cancer…
NextOne Win at a Time…Next