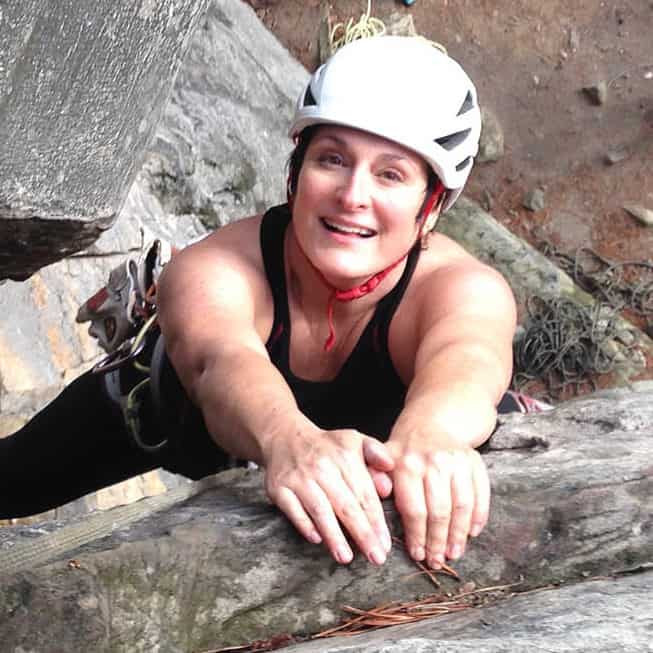 There are a lot of pieces of Cheryl Smith’s story that should be told. Pieces that are inspiring and uplifting. Hers is a story of perseverance and determination.

Perseverance. The day she was diagnosed started with a nurse dismissing her golf ball sized lump because of a previously clean mammogram. The day ended with a biopsy. Less than a week later she was diagnosed with bilateral malignant breast cancer. Cheryl’s insistence that day probably saved her life. Had she just gone home, it could have been too late.

Determination. Cheryl continued to work throughout her journey with cancer, which included months of chemotherapy, multiple surgeries, and six weeks of daily radiation. She was granted flexible hours and work-from-home status through an ADA accommodation, which enabled her to maintain her workflow, and her family’s financial responsibilities. Her colleagues at NC State generously donated hundreds of hours of leave, to keep her paycheck stable.  The reality of her situation was she did not have the luxury of staying home and just healing. She was the sole support for two college-aged daughters and an elderly mother whose care relied solely on her ability to provide. In addition, if she had to leave her job, she would be unable to afford health insurance. No health insurance, for Cheryl, meant a death sentence.

But the common thread in the patchwork quilt of Cheryl’s story is strength—her strength.

In 2014, the Kay Yow Cancer Fund awarded a $1 million grant to UNC Lineberger Comprehensive Cancer Center. The grant funded a research study that focused on the benefits of exercise on women undergoing cancer treatments. Cheryl Smith was a part of that study.

Cheryl talks about the study and the principal investigator, Dr. Hy Muss,  and it is obvious that being a part of it gave her a much needed boost. As she talks about it, one can’t help but think how happy Coach Yow would be to hear about all of this. This is after all, just what she had in mind—giving to others. Giving a boost. Giving hope.

Exercise gave Cheryl a feeling of normal. It lifted her out of the physical and emotional pain of cancer, transforming it to a challenge that she could meet. When treatments were physically debilitating, she allowed herself to rest, and got back to her workout, even if it was only a short walk in her neighborhood.  And she planned her next climb.  Exercise gave her a gateway from cancer back to a world of health. A world that involved a challenge, the thrill of competition, the process of setting a goal and the joy of beating it. Kicking cancer to the ground.

The exercise program, like all cancer-related research, was scientific in nature, meaning that the outcomes were intended to be measurable and, most likely, physical. For Cheryl, it is quite likely that the exponential benefits were, for the most part, unquantifiable.

To Donate to the Kay Yow Cancer Fund, click here.