Marsha Sharp: A legacy of serving 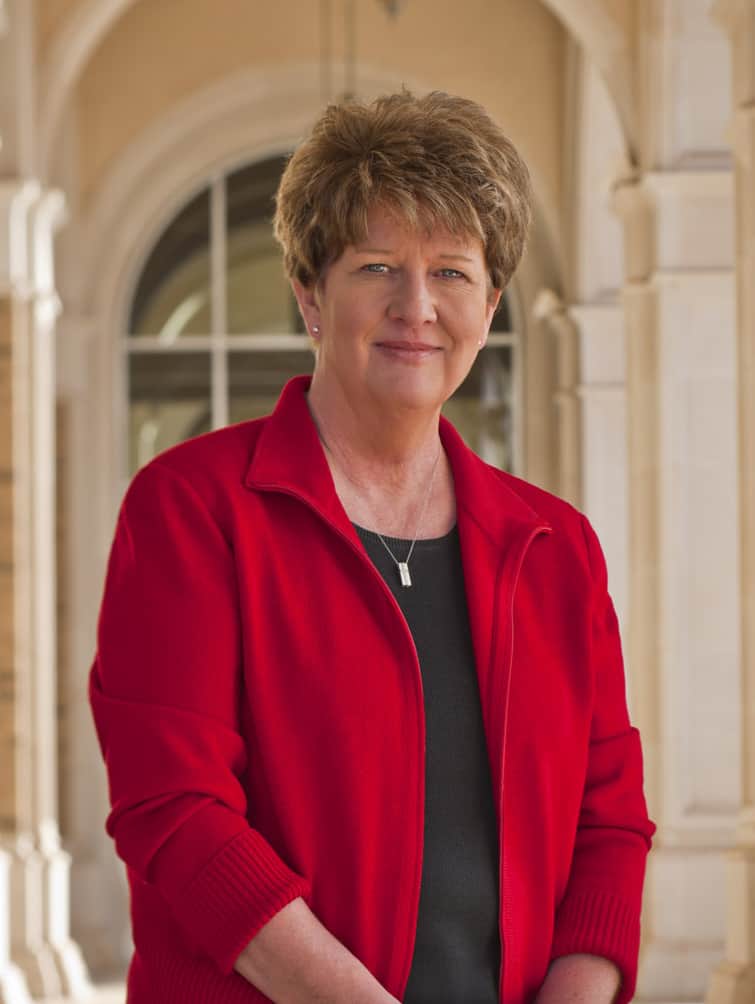 In the final days of her life, Kay Yow was doing what she always did – she was finding a way to give to others. The future of the Kay Yow Cancer Fund weighed heavily on her mind as she hoped to transfer her vision for the Fund to the people she trusted most to carry it out. One of those people was Hall of Fame Texas Tech women’s basketball coach, Marsha Sharp.

Marsha came to Raleigh in January 2009, just days before Coach Yow passed away, to hear her final wishes for the Fund bearing her name. Marsha promised Coach Yow she would do what was needed to see the Fund out of its infancy – to lend steady leadership and wise council to an organization that started, not locally as most non-profits, but nationally, reflecting the scale of its founder’s vision – vast.

Marsha, a legendary coach with a freeway named for her in Lubbock, Texas, was the perfect person to continue Coach Yow’s message in the sport of women’s basketball. She understood Coach Yow’s vision for Play4Kay and could relay it to coaches nationwide.

Marsha became the Fund’s first Executive Director in spring of 2009. During her tenure, the Fund saw incredible growth as it found a foothold standing on the shoulders of its giant founding partners – NIKE, ESPN, the V Foundation, the WBCA, and the NCAA.

Marsha started the National Kay Yow Cancer Fund Golf Classic in 2008 with the first event being held in Dallas, Texas. The Golf Classic is an annual event that unites the elite in athletics, business, and community partners in the fight against ALL cancers affecting women. Since 2008, Marsha has been a huge part of the success of every golf tournament. In recognition of her leadership, Marsha was also the first winner of the Kay Yow Cancer Fund’s Impact Award, which was given in conjunction with the Fund’s 10th anniversary celebration.

As a Board member, Marsha’s role is to protect the image and likeness of Kay Yow and to ensure the best interest of the Kay Yow Cancer Fund is paramount. It is to stand in the gap when needed and, in true Kay Yow fashion, to serve others.

Marsha has served the Fund and the countless women it impacts well, very well, and we are so thankful.