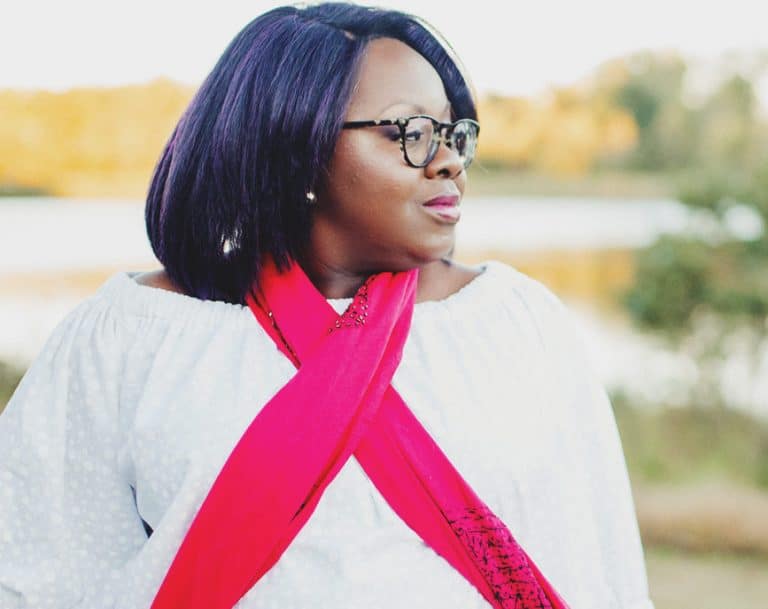 There are a lot of things about Letisha Perry’s story that could have gone very wrong. She was thirty years old when she was diagnosed with stage 3 cancer. It would be another 10 years before any “routine” mammogram would be on her calendar – but, as it turns out she did not have 10 years.

She had a “weird” feeling in her right breast. Being proactive, she visited her primary care physician who disregarded the issue because, at age 30, it was unlikely to be anything serious. Letisha pressed. Thankfully.

A specialist confirmed that the feeling Letisha had experienced was more than weird, it was cancer. The year ahead would be consumed with rounds of chemotherapy, a bilateral mastectomy, 30 rounds of radiation, and finally, reconstructive surgery.

Letisha does not dismiss the facts – the process was hard on her body and without the love and support of family and friends, she might not have persevered through the process. But for all of the science and the calculated weeks of medicines, therapies, and treatments, there was one factor that could not be quantified in Letisha’s equation – her faith.

Perhaps the scariest question any of us ever face is the “what if” question.

What if…Letisha had been satisfied with her primary care doctor’s dismissal?

What if…she herself had thought, “I am too young for this to be anything major”?

What if…she had not persisted.

But the scariest of “what if’s” became her greatest source of peace. She credited God’s grace with helping her reach a diagnosis. She believed that it was by divine intervention that she had been diagnosed and that complete healing was already at hand.

As it has a tendency to do, cancer heightens the senses. Things that Letisha had known to be true of herself before cancer were crystallized.

She had always been independent, now as family and friends tried to aid in her journey, she had to remind herself to heed the advice of her Pastor, “Let them love on you.”

Her faith had been strong, but now it was faith alone that gave her assurance. In the hardest times, she was at peace knowing that healing was to come.

Perhaps that is the assurance of research; each of us doing our part, hoping to find the answer, the solution. We know that each day, each advancement we are getting closer to a cure – the day that healing will come.