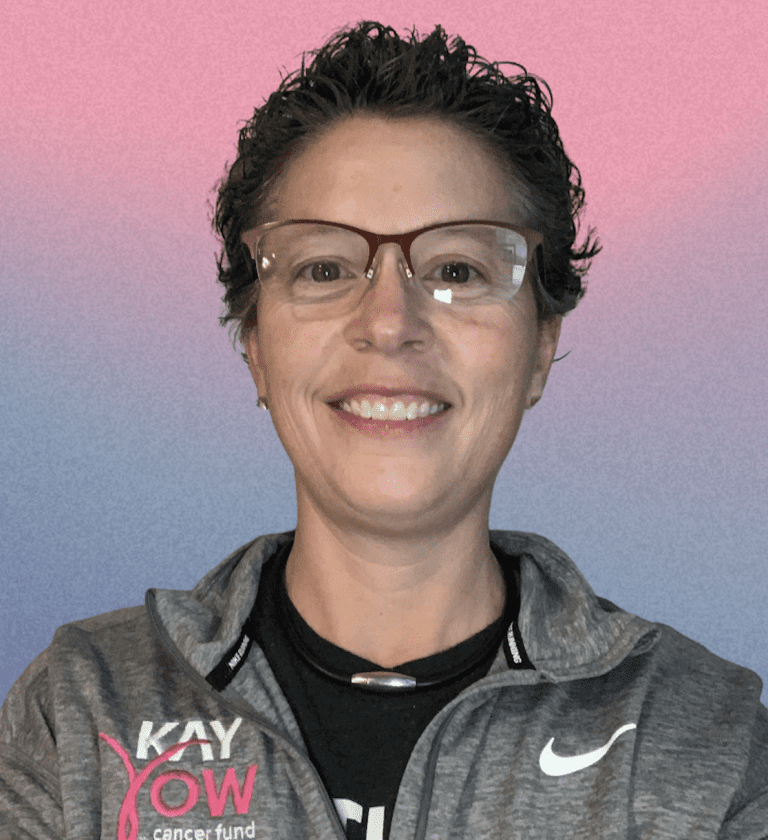 Kelly Moyer is an overcomer. She tells her cancer story as it is, just a chapter. A chapter in a much bigger book.

She credits her athletic background – until recently she was an NCAA women’s basketball official. She loves the game, and the game has taught her a lot. It taught her how to get up, get over, and get through life’s obstacles.

If you listen, you can hear it in her voice. She is focused, determined, and not easily deterred. She received her diagnosis of stage 1B breast cancer as a result of her annual mammogram in June 2020.

Not that we need a reminder, but…

Men and women nationwide cancelled “routine” screenings and checkups, not wanting to enter the COVID uncertainty of a doctor’s office. As a result, many healthcare professionals fear the pandemic ripple effect of a “delayed diagnosis.” Kelly’s stage 1B could easily have been much worse if that screening had been postponed just a matter of months.

Now, nearly a year and a half later, Kelly has been through chemo, radiation, and a double mastectomy and is moving beyond this chapter, this obstacle.

She continues in her role as an Athletic Director at the high school level while teaching a middle school leadership class and several personal training sessions each week. She has a support system of family and friends who have cheered her through the last year and half and have been a big part of her positive outlook in the midst of great challenge.

She also has a nation of women’s basketball officials who have taken on the role of fan. They are cheering her on and showing their support. Last year, officials gave over $100,000 to the Kay Yow Cancer Fund.

We are living in unprecedented times. So many things are different, uncertain, changing. But for all the things that are changing, there are some constants – the effect of attitude is one. Kay Yow would say, “We have little or no control over what happens to us in life, but we have 100% control over how we will respond.” Kelly would agree.

Another certainty is that even amidst a pandemic, cancer can’t wait. Thankfully, Kelly didn’t wait. Her cancer was caught early. As a former official, the “call” to have that June 2020 screening was the call that saved her life.  Good call.