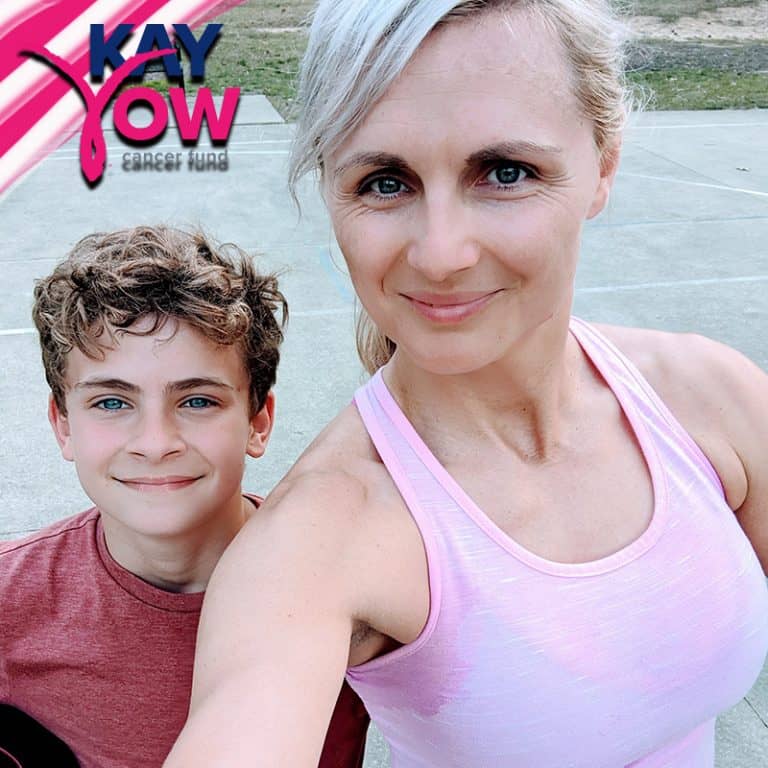 For those who wonder about the advancements being made in cancer research, one of the truest measures of progress is not explained by numbers it is measured in hope.

Katya was the oldest of four young children, she was only in elementary school. Her mother was pregnant with the family’s fifth child when she received the diagnosis of stage IV, metastatic breast cancer. In a different time and place, perhaps she could have lived, with treatment, long enough to see Katya graduate high school and to give her youngest memories of mom.

Sadly, it was 1995 and Romania did not have the best care options. Katya’s father sent her mother to Israel for better options before, finally, she went to stay with her own mother, Katya’s grandmother, in Russia so that she would not die in front of their young children.

This story is like cancer – in many ways, bleak. Our goal in each blog post is to share the truth about cancer while finding the hope that is always there.

As one would expect, Katya has been vigilant with her health, especially when it came to cancer. In 2013, she was still so young that, despite her family history, mammograms were not covered by her health insurance. Fortunately, through a friend, she had access to a free screening. The screening revealed microcalcifications. Though not a cancer diagnosis, it was suggested that she undergo genetic testing for the BRCA gene.

The results came back: She was positive for the BRCA 1 gene.

Having tested positive, she was able to start a yearly screening schedule. In 2016, Katya was diagnosed DCIS, stage 0. At this point, a lot of people would likely have simply been thankful for early detection and gone with the prescribed course of treatment. Katya, with good reason, pushed.

She pushed herself to learn more; she pushed the doctors for additional screenings; she pushed to see the top breast cancer specialists in the world.

A guided biopsy revealed another mass, changing her diagnosis from stage 0 to stage 2B ductal carcinoma—thankfully there was no spread yet. Katya’s cancer was aggressive—a double mastectomy was the solution.

So where is the hope?

It is in life after cancer: Four months after reconstructive surgery, Katya completed a 50K race. Hope is in the path to health: Access to multiple doctors, second opinions, additional testing. Hope started with early detection: Screenings at an early age, genetic testing for the BRCA gene.

But most of all, hope is in the difference between Katya’s story and that of her mom. Katya will be here to see her young son grow up.

What is the value of research?

Two decades and a world away, cancer research is giving us all hope – and hope is the greatest gift of all.