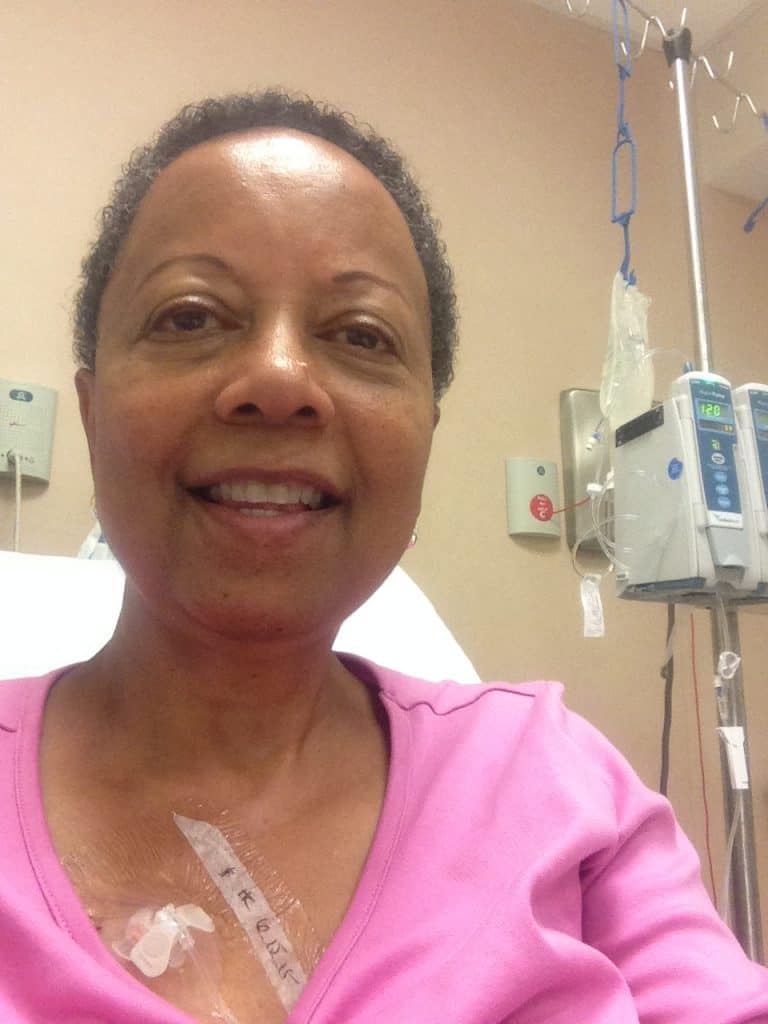 Charlene Curtis’ fight with cancer started in 2014, but health issues in 2013 led her to start paying closer attention to her health.

Over the summer, she experienced some swelling and fatigue. In August, she had a scary episode where her heart felt like it was beating out of her chest. After a series of thorough examinations, she was diagnosed with Graves Disease.

After some research about Graves Disease, Charlene discovered that it was an autoimmune disease that usually was diagnosed in younger people, she was 58 at the time; Graves Disease is usually hereditary. Nobody in her family had Graves Disease or could recall an ancestor who had had the disease. She started to doubt if Graves was the true culprit.

By December, Charlene was experiencing spotting and struggled with digestive issues.

In January 2014, Charlene, who was the Coordinator of Officials for multiple Division I women’s basketball conferences, saw her gynecologist and discovered she had an enlarged uterus. The plan was to have a hysterectomy – after basketball season wrapped up in April.

God had a different plan.

On the second Saturday in February, Charlene was traveling home to Winston-Salem, North Carolina after a game at Winthrop University. On the drive, she felt the most excruciating pain of her life – like her gut had exploded.

It was a long ride home. That night, she sent a note to her doctor and arranged a follow up appointment that week.

One appointment turned into three.

After a series of scans, Charlene received her first suspected cancer diagnosis. She was then referred to a gynecological oncologist. He ordered an MRI of her abdomen, which showed cancer in her uterus.

By the end of the week, she was diagnosed with suspected stage IV cancer.

Originally, the doctor wanted to start with chemotherapy, because, with the information they had at the time, it was thought the cancer was more evasive.

However, after all of the testing, and seeing there were tumors in multiple locations in Charlene’s body, they doctors did not have a specific determination of cancer type. Therefore, the oncologist couldn’t prescribe a chemotherapy.

God had a different plan.

The medical team could only recommend surgery since chemotherapy wasn’t an option. Charlene moved forward with the recommendation, and the surgery revealed the extent of the cancer.

It saved her life.

When all the results were in, she had cancer on her lung and in her uterus. She was officially diagnosed with stage IV endometrial cancer.

Charlene had her hysterectomy and then had a second surgery to remove the cancerous mass on her lung. She has gone the last four years with “no evidence of disease.” Her story gives hope to all of us – especially those facing a stage IV diagnosis.

Charlene’s advice?  Participate in your treatment. Ask questions. Bring a friend or family member who can take notes while you talk to your doctor. Lean on your faith.

Charlene tells people, “I am thankful I was diagnosed in 2014, not 1999. Cancer is no longer the death sentence it once was. What the Kay Yow Cancer Fund is doing is helping. Things are so much better.”

We are thankful for the changes brought on by research – changes that are saving lives. We are reminded once again that cancer can’t wait – it never has.