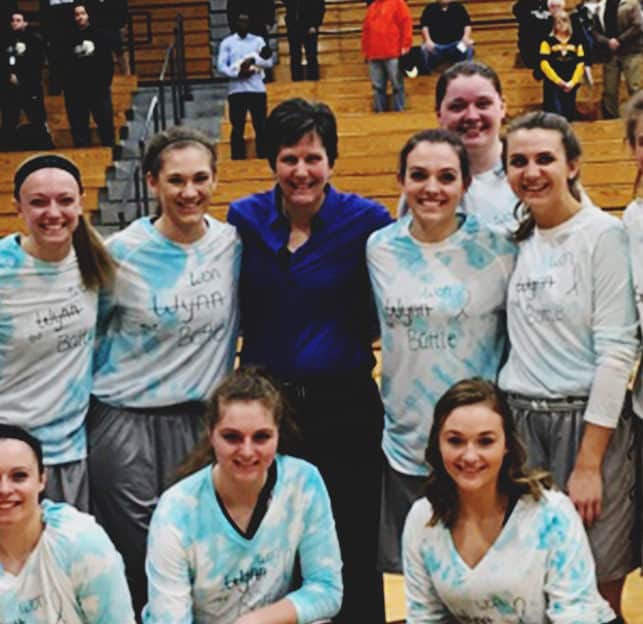 As easy as it is for those who have not experienced a cancer diagnosis first hand to immediate call to mind a level of fear, it may be equally difficult to imagine an immediate, personalized and realistic reaction.

What goes through a person’s mind when the doctor says, “it’s cancer…and there is a lot of it”?

Lori Wynn had two immediate thoughts, first “is this how people feel when they hear things like this?” followed by “my mom is going to kill me.”

Lori met her diagnosis with the knowledge that just 8 years prior, her brother had died of cancer. Now this. Her mother would be devastated.

She did not ask her prognosis. She did not want to know. She wonders if this was because she was in denial. Perhaps, but that begs the question – how long can cancer be denied?

So far, not long enough.

She approached her diagnosis with the mentality of a coach. She is a coach at Geneva College in Pennsylvania. Cancer would be a challenge, with each day being an opportunity to win. She would walk through it and come out on the other side. She had a 9-hour surgery flanked by a total of 8 rounds of chemotherapy. She remembers the first round of chemo being “the worst thing I have ever done.” It was a complete shock – one that she says nothing can prepare you for. Yet, it is 2018 and Lori got through it. She is on the other side. She walked through. She is coaching again.

Having been through this battle, she readily admits that cancer presented a battle she was not prepared for – she did not pick the fight. The fight picked her.

Lori elected to take treatment in North Carolina, where her parents were living, appreciating that she needed care “only a mother could give.” When her team made the drive from Pennsylvania to encourage her, it was a total surprise and a shot in the arm.

Lori is typically a private person, but the incredible support of her team encouraged her to share her story, allowing others the opportunity to come alongside her amid the journey.  She says as a Christian, she always believed the passage in Romans that tells us that “ALL things work together for good for those who love God…”

Her journey with cancer gave her the unique opportunity to truly witness the coming together of all things good. She saw her players unite in their support of their coach. She saw the other coaches in her conference, coaches who are usually her opponent, coming together to lift her up in the fight against cancer. It became a journey that started with scary thoughts and ended with a deepened faith, deeper relationships and a spirit of unity.

One day we will beat cancer for the final time. The best time. Until then we are beating it one person, one fight at a time, knowing in the end cancer never stood a chance.