314 Marathons…One Step at a Time 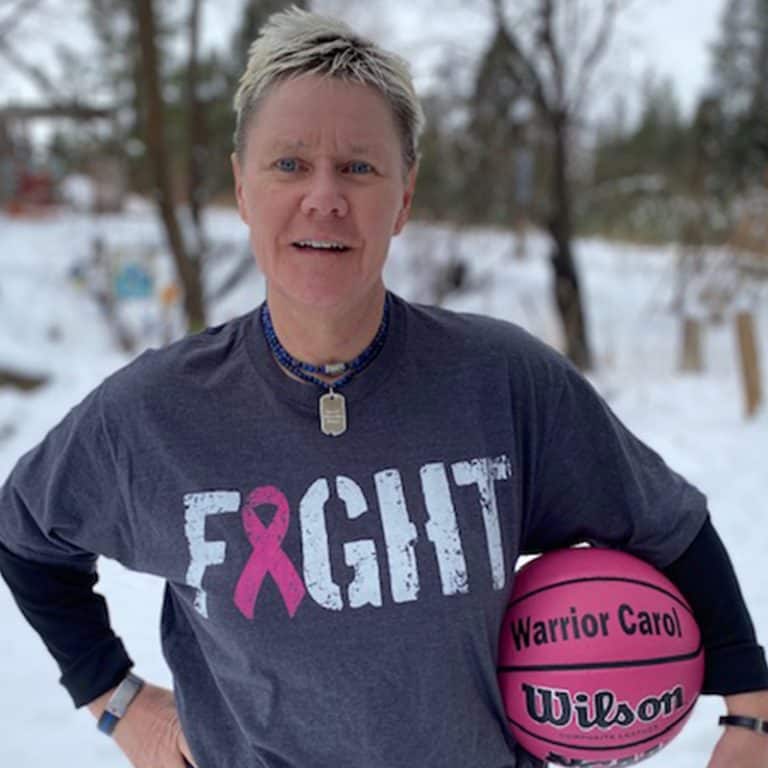 They say the first step of any journey is the hardest. In marathon running, each step, each mile builds on the one before. The marathon is one of the most grueling of competitions, and among the most revered.

To say Carol Dellinger is a marathon runner is an understatement. She has completed 314 marathons, and the journey continues. How did she do it? The steadiness of a distance runner, the ability to persevere — one mile at a time, one foot in front of the other, repeat.

When she crossed her most recent finish line on marathon number 314, completed mile 8,226, not including training runs. That is more than twice the length of the Amazon River.

So, which mile was the hardest?  As is often the case, the hardest, most challenging times are also the most rewarding. Mile number 6,131 was her first mile back after battling stage 2, DCIS breast cancer. She completed her 235thmarathon only 9 weeks after having a mastectomy—she was determined not to let a cancer diagnosis alter her identity as a runner. She committed herself to putting as many miles as possible between herself and cancer – if cancer represented a competitor, Carol wanted to be as may miles ahead of that as possible.

Carol’s story would be inspirational if cancer had never been a part of it. Carol’s story takes a new direction as a survivor, as she finds ways to share of the importance of early detection and uses her platform to encourage others. It could be said that her 315th marathon was the fight against cancer.

For the past month, Carol has been traveling to Play4Kay games nationwide, sharing her incredible story of hope, courage, and strength with women’s basketball teams as they prepare to play a game that has an impact beyond the boundaries of the basketball court. Inspired, these young women then play for a greater cause. Perhaps there is a name and an image of a mother, a grandmother, and aunt or a sister in their minds. Perhaps, Carol is their inspiration. Either way, they proceed to inspire many others.

Marathon running is about consistency, a commitment to perseverance. The fight against cancer has many parallels. Carol Dellinger has been running marathons for the past 30 years. Over the past 30 years, the fight against cancer has come a long way. There are women who are surviving today the same diagnosis that was not as favorable 30 years ago – this is the power of research.

There are many parallels, but these things we know – this is a race we are winning and this race will only end on our terms. The fight against cancer has been a marathon that has gone on far too long, but as a team, we will cross the finish line together.