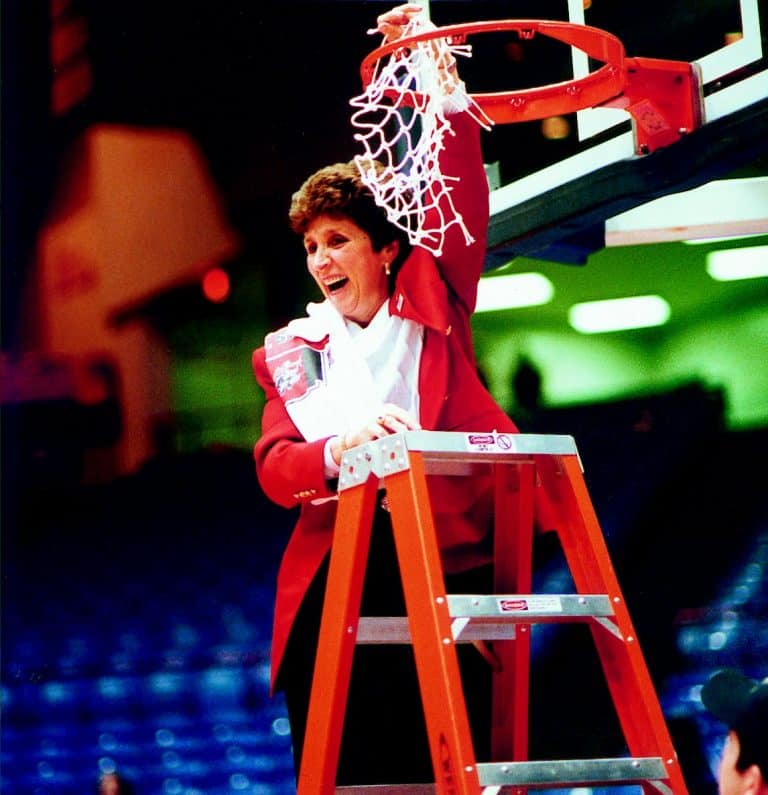 2020 marked 33 years since Kay Yow’s initial cancer diagnosis. While Coach Yow is no longer here, she is always with us. Her story lives on. She continues to give.

On August 5, 1987, Coach Yow was diagnosed with breast cancer. For those who are not as familiar with Coach Yow’s story, a quick Wikipedia search would tell you that she passed away on January 24, 2009, after a 22-year journey with breast cancer. But there is more. Much more.

She used these days to give.

In a time when many are questioning the effectiveness of cancer research, Coach Yow’s last 7,843 days on Earth are a testament to how far we have come.

Cancer research gave Coach Yow time. We wish it had given her more time, but we are thankful that it gave her enough time.

Enough time to lead the United States to an Olympic Gold medal in 1988. 421 days after her initial diagnosis.

Enough time to lead NC State to the 1998 Women’s Final Four – 3,889 days after her initial diagnosis.

Enough time have a career worthy of induction into the Naismith Memorial Basketball Hall of Fame – 5,534 days after her initial diagnosis.

Enough time to be awarded the 2007 ESPY, the JimmyV Award for Perseverance — 7,280 days after her initial diagnosis.

And 7,426 days after that fateful day in 1987, Kay Yow started the Kay Yow Cancer Fund – her final gift to us all. A gift that will continue to give strength and hope to others.

We miss Coach Yow, but we give thanks for all the days that cancer research gave her. Days she gave us.